You are here: Home / Science and anti-science

Integrated Environmental Assessment and Management (IEAM) was established to explore the connection between the environmental sciences and the use of the factual information that those sciences produce to manage the environment. Management of the environment in order to achieve the results desired by society depends upon a clear and accurate understanding of both environmental and social realities, and an honest and unbiased bridge between them. Unfortunately, environmental decision making in too many cases is no longer rooted in scientific facts and findings but rather is heavily influenced by value judgments, political concerns, emotions, and naive calls for simple solutions, inadequate for a complex world.

It is particularly worrying that scientific findings are, these days, attacked almost routinely by politicians and special interest groups, who propose alternative descriptions of reality or even reject science outright (Otto 2016). This antiscience movement relies on “alternative facts” that are presented as valid science but fall outside the rigors of the scientific method and the peer-review process (Martinez-Conde and Macknik 2017). Instead, alternative facts are generated by cherry-picking data, distorting the findings of published peer-reviewed studies, concocting unfounded theories, and publishing papers or books that merely mimic peer-reviewed publications. The resulting alternative facts are often in sharp contrast to factual evidence. These alternative facts increasingly pollute the body of scientific information used for tackling challenges in environmental and public health management (e.g., McGarity and Wagner 2012).

In 1995, Carl Sagan discussed the role of science in society in his classic work “The Demon-Haunted World: Science as a Candle in the Dark.”More than 20 years later, his concerns and arguments are more relevant than ever, as society faces ever more wicked environmental problems. These problems are nonlinear and complex, have an uncertain scope and scale, and have no analytical solutions. Such problems are resolved only by developing collaborative and integrative solutions. However, in the current climate of continuous concerted attacks, driven by vested economic and political interests or simple ignorance, the science that could underpin informed decision making is increasingly pushed aside, silenced, or even actively eliminated.

There are many reasons for the spread of antiscience. The Internet disseminates information at a rate unprecedented in history. However, there has been insufficient effort to educate the public in critical thinking, fact checking, intellectual commitment, and the scientific method. Paired with a lack of public access to scientific resources, a lack of understanding of uncertainty, and disconnects between risk science and risk perception, society’s vulnerability to misinformation has been exploited across a broad political spectrum. This sows doubt and discredits scientific findings, resulting in widespread public cynicism and distrust of institutions and experts. Faced with an overwhelming hodgepodge of seemingly contradictory “facts” and “expert” opinions, the audience is tempted to simply pick the most soothing “facts” available. For example, in the last decade, certain governments of Canada, Australia, and the United States (US) have sought to discredit the scientific underpinnings of environmental decision making. In Canada, the previous government (2006–2015) eliminated investigation of the environmental impacts of persistent organic pollutants and silenced government scientists.

Fortunately, the present Canadian government has reversed this trend. Its most recent budget (March 2017) even provides incentives to attract scientists from other countries such as Australia, where environmental programs have been deeply cut, resulting in an exodus of talent. In the United States, research on climate change was actively discouraged by the White House from 2001 to 2009. This trend was reversed by the subsequent government but has been emphatically reinstated by the current administration. The current proposed US budget (March 2017) eliminates research onclimate change and proposes deep cuts in spending for all science-based components of the government concerned with environmental issues, including climate change and human health. Scientific societies such as the Society of Environmental Toxicology and Chemistry, the American Association for the Advancement of Science, and many other groups and individuals are increasingly alarmed by the very real damage that governmental budget cuts would have on science-based environmental assessment and management.

Rising nationalism and isolationism pose serious threats. Environmental and human health problems do not observe national borders. Therefore, scientific endeavors to solve those problems must be international to be effective. Increasing restrictions to immigration, international travel, and collaboration further inhibit the discovery of new science and the solutions to wicked, global problems. Further, we have a moral obligation to support students and colleagues who are subject to systematic harassment because of their gender, religion, nationality, or profession. The Earth’s climate system is in upheaval; habitat change, invasive species, harmful algal blooms, eutrophication, and chemical pollution jeopardize ecosystems on a global scale. Exposure to, for example, fine particulates and endocrine disruptors jeopardizes human health and is costing health care systems billions of dollars annually. Denial will not change these facts and, more worryingly, will squander precious time and resources needed to protect public health and slow irreversible climate change and global biodiversity loss.

In view of the issues at stake, we cannot simply buckle down. We cannot placate ourselves by generating more data and focusing on scientific publications, academic teaching, and discussions within the comfort of business as usual. Although we may feel more comfortable developing new models or spending time in the laboratory, we must become better at arguing the wider implications of our work. Unfortunately such outreach efforts are time consuming and intellectually demanding and are insufficiently rewarded in academic and other institutions. This is especially problematic for young scientists early in their careers. Scientific outreach and civic participation must be better taught and incentivized.

As environmental scientists, we need to step up our efforts to counter the current systematic attack on science. In particular, we need to improve formal and informal education in science, technology, engineering, and mathematics (STEM), and better communicate the importance of environmental science. We need to clarify its implications for the betterment of society at large, to the public, managers, and politicians alike. If we want our science to be part of the decision process, we will need to engage with society and stakeholders of all types about what they value. We need to ensure that the science we generate is relevant to and translated in terms of these values to facilitate its incorporation into local, national, and international decision-making processes.

Policy decisions for tackling wicked problems must be made on the basis of the appropriate level of certainty, transparently balancing scientific and social realities. As noted by Wagner (1995), “. . .contemporary science can provide only partial answers to pressing environmental problems, this limitation is esoteric and often escapes the lay observer. . .” The lines between science-based and policy choices are becoming increasingly blurred, providing false cover for alternative facts and a compelling argument for active engagement by scientists in the development of management decisions, regulatory frameworks, and policy priorities.

We do not agree with the notion that “real” scientists should not demote themselves to become “activists,” or that crossing the line between assessment and decision making necessarily compromises scientific integrity. The conceptual distinction between risk assessment and risk management was developed to insulate scientific activity from political pressure and maintain the analytic distinction between the magnitude of a risk and the cost of coping with it, but that distinction is useful only for simple, routine assessments. Any potential risk of conscious or unconscious bias in data interpretation can be minimized by ensuring transparency, particularly regarding uncertainty. Environmental science increasingly recognizes that risk assessment and analysis should be a deliberative and iterative process in which the public, scientists, and decision makers must collaborate. Given the large number of wicked problems that urgently call for attention, engagement is no longer optional.

We as a community of scientists must respond with a concerted strategy to overcome the problem of “bullshit asymmetry,” that is, the fact that it takes at least 10 times more effort to refute the antiscience rhetoric than it took to produce it (Brandolini 2013). This asymmetry is exacerbated by the media’s treatment of science as if it is political opinion, seeking a false balance by providing an equal platform for established science and minority dissension.

In his book on the success or failure of human societies, Diamond (2005) identified 4 challenges to dealing with environmental issues: A society might fail to anticipate a problem before it arrives; it might fail to perceive a problem when it does arrive; it might even fail to try solving it after the problem is perceived; or it might fail in solving it. Only the systematic, rigorous collection of scientific information, the continuous development of novel scientific methods, broad scientific education, and active engagement of science in societal decision making will provide the essential means to avoid these failures, any of which will result in widespread environmental degradation and adverse global impacts on human health. We recognize that the best possible science is accomplished internationally by researchers from academia, industry, and government working together. If society does not advocate for the free flow of scientific knowledge, then we will not be able to solve the myriad of wicked environmental and human health problems that beset us.

We need to take action. We need to make our work understandable, educate people, write for the general public, engage with decisionmakers, and highlight the importance of science in everyday life. We need to systematically expose scientific fraud and respond to alternative facts in a way that is understandable and acceptable to the general public. Attempts to censor information, disrupt communication, and destroy the scientific infrastructure may well be considered as crimes against humanity in the future. As the 17th century physician and humanist Thomas Ady observed, “Nations will perish for the lack of knowledge” (Sagan 1995). If we do not succeed in countering the antiscience forces, our society will fail.

To put it bluntly: Environmental management by myths will fail utterly. 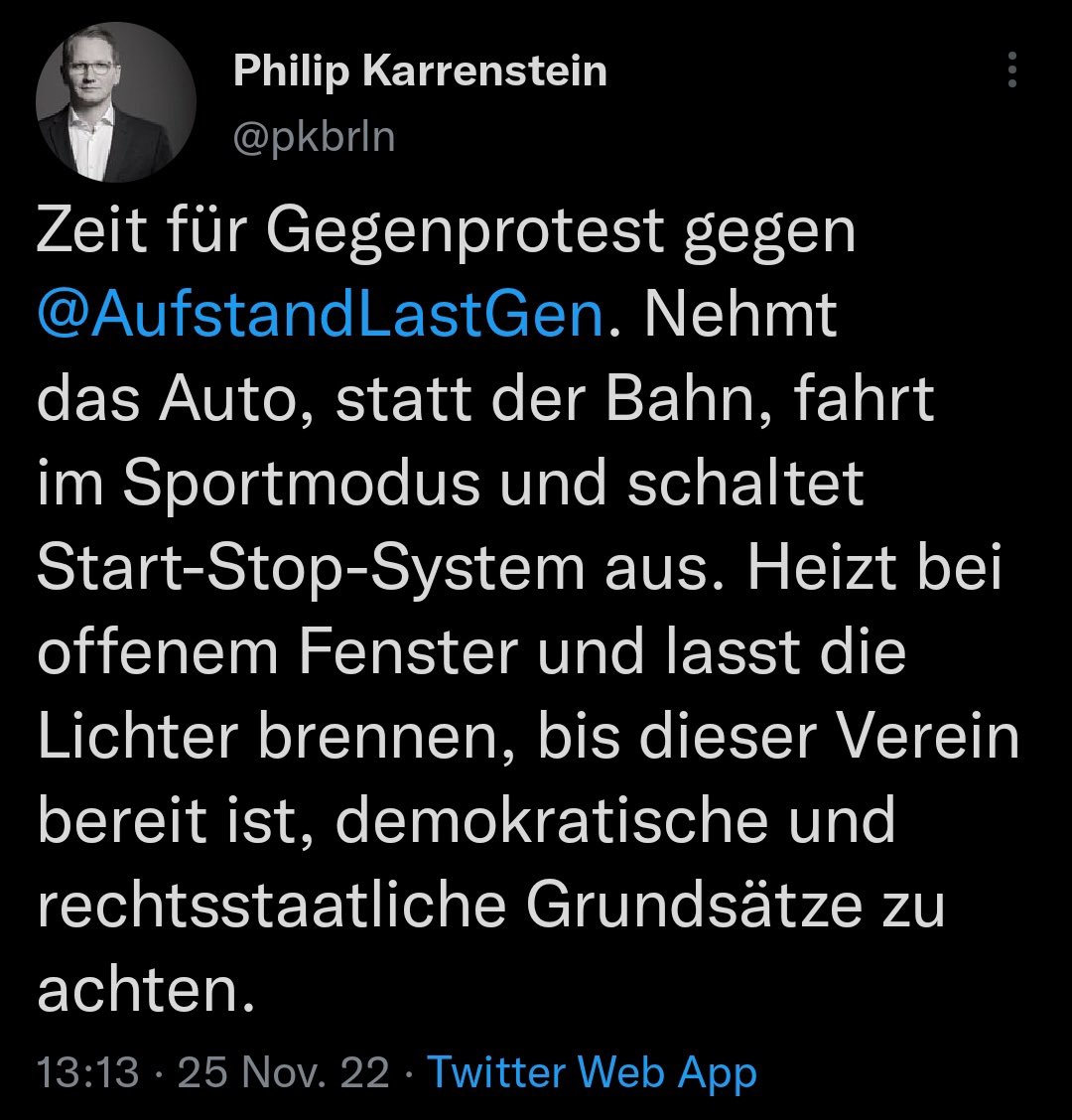